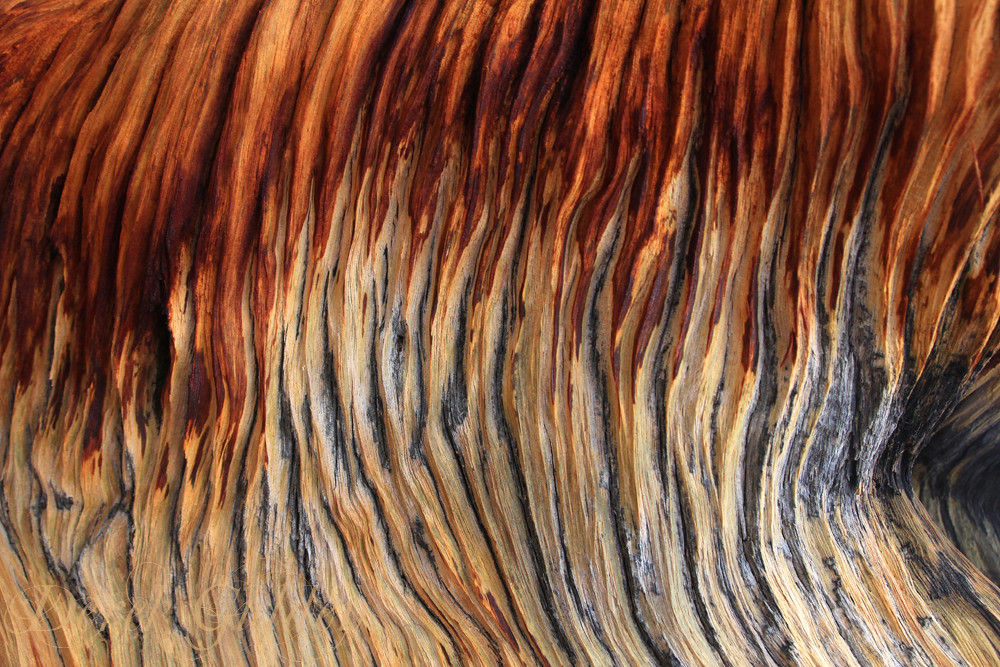 Part 3 We adjusted his pack the best we could but it still wasn't perfect, then we continued. Since we started, the trail had gradually ascended, for the most part, but now came the final, steepest accent into the Cottonwood Lakes Basin. The creek that had remained hidden, had now made itself visible, becoming a cascade tumbling down alongside the trail. The terrain became rocky, forested mountainside and we eventually lost the trail as it faded into the maze of boulders. So long as we continued the climb to the top we would eventually intersect with the Cirque Lakes Trail just below the the first of the South Fork Lakes. Along trails and cross-country routes, especially when the route is not easily seen those who have already made the journey will erect cairns (piles of rocks) to mark the way. Since this was Hester's first major backpacking adventure I took this moment to teach him about the cairns and how, when standing at one, the next should be looked for before continuing if you are unsure of where to go next. After he got the hang of it, I let him lead the way. It wasn't long before we reached the trail. Now we had a choice to make and another opportunity to teach. We could follow the trail or we could leave the trail at the lowest of the South Fork Lakes and navigate over a small hill and cut off about a half mile. He was hurting, the pack was still rubbing wrong, so he opted for the short cut. The lake was encircled by a beautiful spreading meadow with a crystal clear creek twisting through it. We stopped here to fill up our water and he soaked his weary feet. After the short break we left the meadow and began the short climb up the hill. Once on top it leveled out. Soon we reached the other side and descended to Cottonwood Lake No. 2 (there are 5 Cottonwood Lakes). We worked our way along the shore to the inflow creek and followed that. The trail that led along the shores of Cottonwood Lake No.3 was difficult to find and once found it soon disappeared again, but so long as we continued our northerly heading we would be fine. At the northern tip of the lake the trail reappeared and never left us again. Now we had the final short climb up to Lake No. 4 and 5. At the top we stopped. He had had enough of his pack so I continued on to find a nice place to camp near lake No. 5. After finding a good spot nestled between large boulders I dropped pack and went back to where he was waiting. I put his pack on and carried it the rest of the way as he followed behind. Over all we went 5.5 miles and climbed 1660 ft. Dark clouds had been gathering for about the last hour, so we set up our tents immediately, preparing for the worst. The darkest of the clouds gathered beyond the Sierra Crest, and distant thunder began to rumbled just as soon as our tents were up. We got a few drops of rain but most of the storm seemed to be over the area that we were going to be venturing into tomorrow. After a while the storm moved on but the dark clouds persisted, occasionally breaking briefly to allow the thinnest sliver of light to touch the earth. I decided to explore the area to see what photos I could find. The land to the east of Lake No. 5 is lightly forested with ancient, beautiful trees, some of which were long dead with their bark gone and the most wonderfully amazing, weathered wooden textures exposed to the elements. Colors of pale yellows, deep reds and blacks painted upon smooth patterned surfaces and jagged ridges resembling wooden fingerprints. I absolutely love these trees with so many different personalities and many different compositions and possibilities for photography. After getting a few shots, I headed back to camp. I found Hester sitting by his tent. “How are you doing?” I asked “Fine.” he answered, though I knew he was sore and hurting. “I have an idea, lets stay here and extra day and night, it will give you more time to recover from today's hike and it will give me more time to explore this beautiful area and trees.” I proposed. “I don't want to hold you back.” he said. “We have extra days to do things like this,” I explained. “I make a plan not to stick to my plan. This area is absolutely beautiful, and I'd love to spend more time here.” And so it was decided, we will spend tomorrow here. please check out my Bandcamp page for recordings of nature soundscapes wildernesswanderer.bandcamp.com/