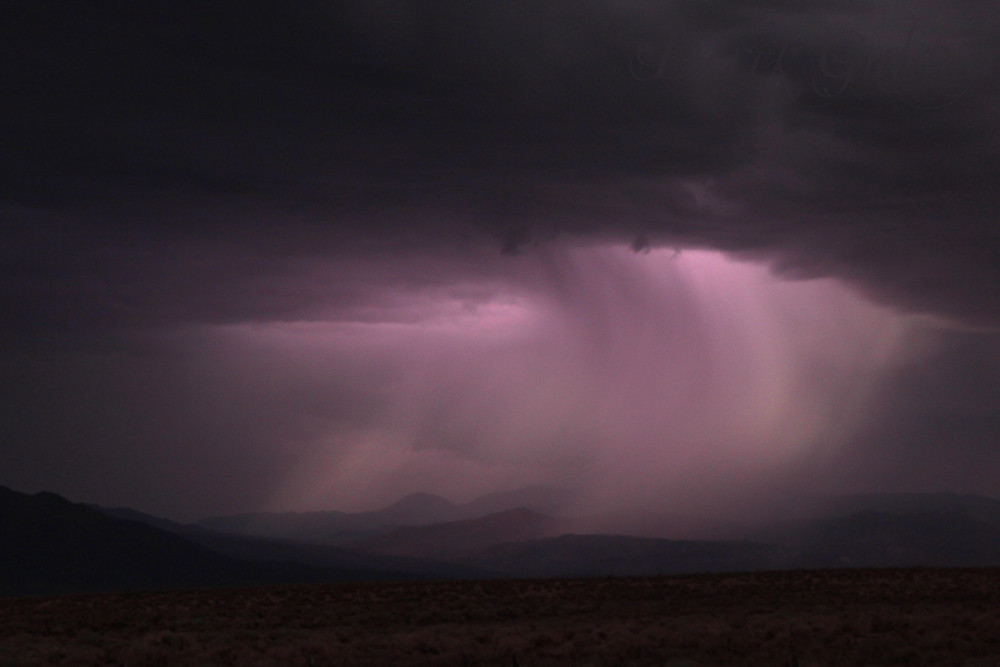 A warm wind swirled up from the desert floor, rising into dark towering clouds that obscured the stars. The wall of mountains to the west were the first to be gripped by the storm's silent, purple lightning as it flickered beyond the jagged peaks, silhouetting their shapes. Not long after that first storm subsided a new storm formed sending tendrils of lightning cascading earthward in twisting, snaking shapes to touch the desert floor. Awash in the warm wind I watched the beautiful storm illuminating the dark night, though most of the bolts were hidden behind curtains of pouring rain. In time that storm rained itself out, but soon after another arose in it's fading shadow and then another after that one and so on until sunrise.