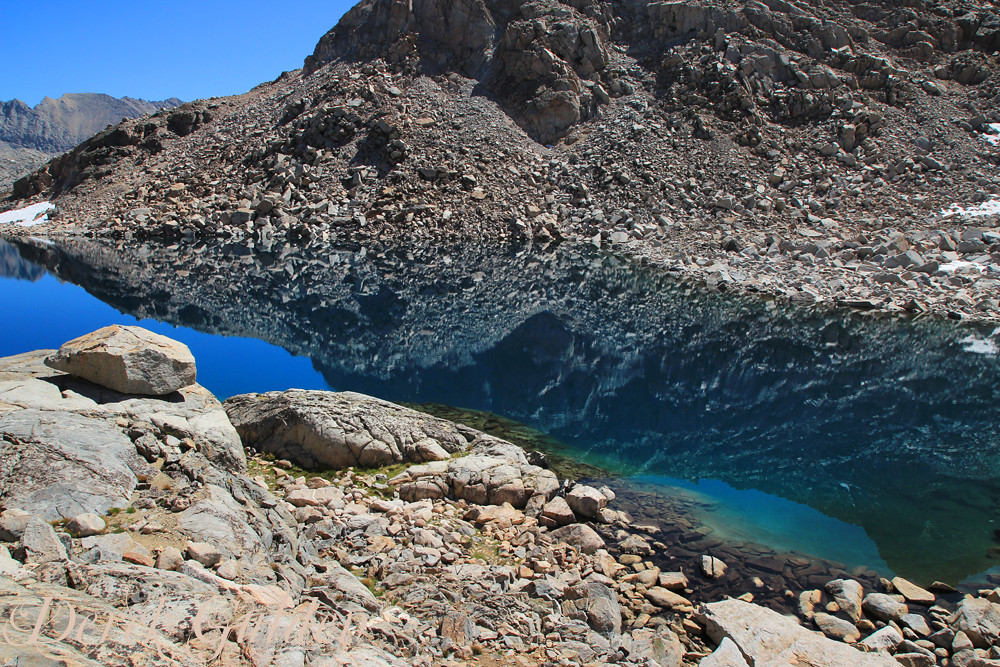 Part 15 and a half This is the second picture shown in the video I uploaded previously. Watch it here: flic.kr/p/2hXSTdB Perfect reflections like this usually only occur in the morning or evening and are obscured during midday, I personally have never seen an alpine lake this still and reflective this late into the day. Taken at Lower Goethe Lake in the High Sierra of California. the lake is named after Johann Wolfgang von Goethe (28 August 1749 – 22 March 1832) the title is a quote by him.