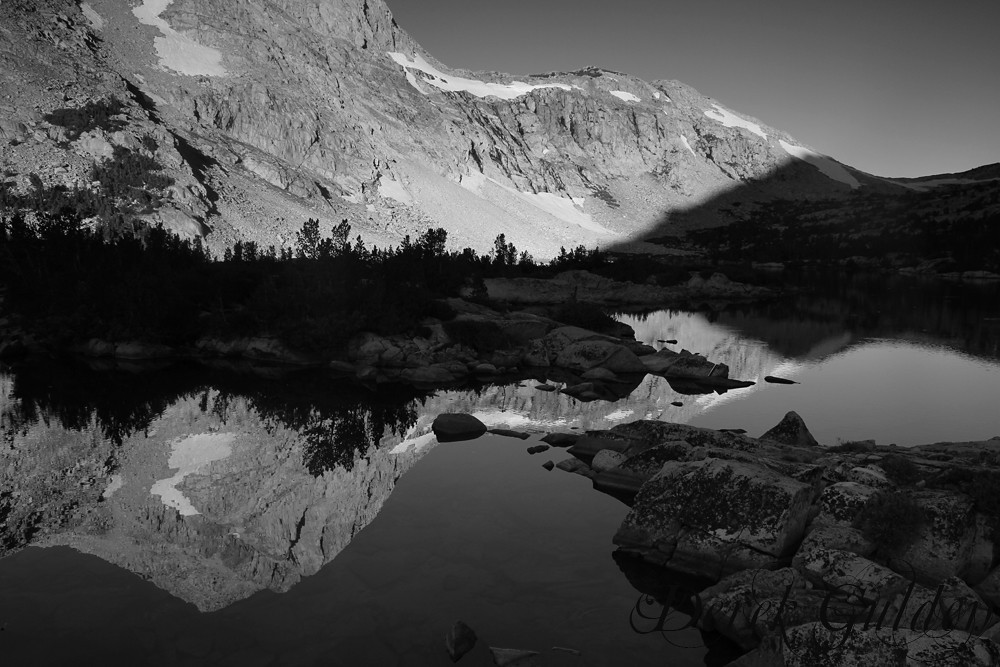 Part 11 It wasn't long before light appeared crowning the peak that rose over the lake. Still it was not enough for the image I had envisioned so I explored a little more. As I did the new born light crept down the slopes towards Piute Lake. When it was almost to where I wanted it, I headed back to the spot that I had found the previous afternoon. When I reached the spot the light was exactly where I wanted it. The shot was now even better than I had imagined it, and was perfect for a dramatic black and white image. As I photographed the scene, the light inched closer and soon it reached the shore, then it crossed the mirrored surface until finally suntouch arrived and warmed my skin. At this point I headed back to camp, I took a few more shots as I walked but nothing like the shot I had waited for. After packing up I began to climb up to the pass.