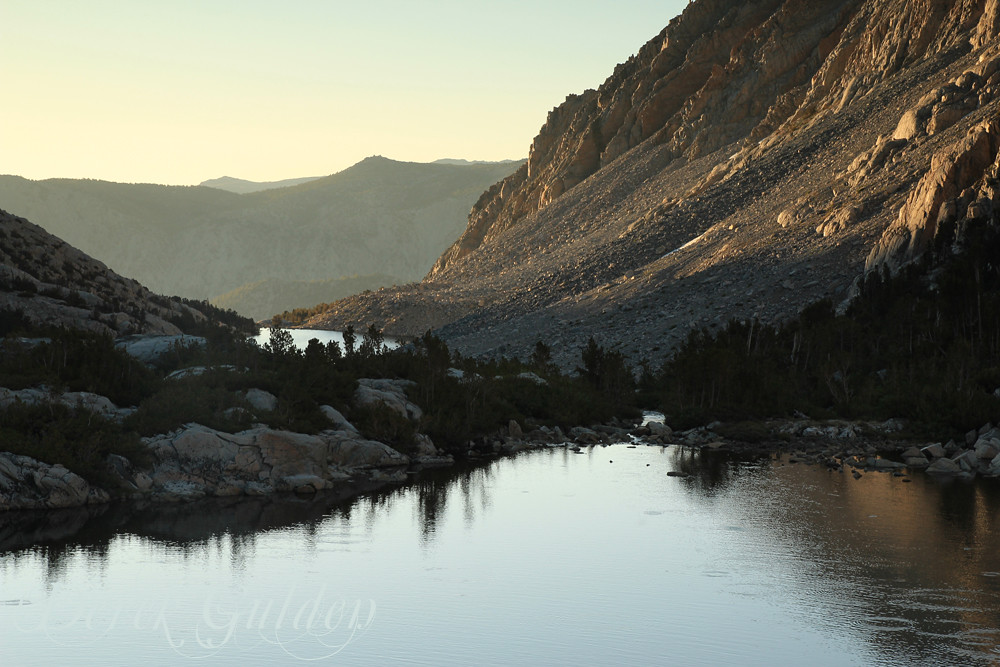 part 10 After wandering the meadow lands around the in flow I headed to the waterfalls at the far end at the out flow. I found a few shots but nothing amazing so once the sun set and the glow on the high peaks faded I headed back to my tent for the night. There were some mosquitoes but they were not nearly as bad as they had been and I did not need to use the bug spray yet. Morning came and I headed to the spot that I had seen the day before. The light was not yet how I wanted so I once again explored the area around the waterfall. Here there was a beautifully expansive scene. The land fell upon a glistening pond and a dark forest, both still in shadow, yet the pond mirrored the bright morning sky. Beyond lay barren talus slopes illuminated in golden rays, hugging the shimmering Loch Leven. At the furthest end of the Loch the land fell away again into nothing and beyond the nothing rolled the distant Table Mountain. In the closest pond fish were jumping, sending ripples spreading across the surface.